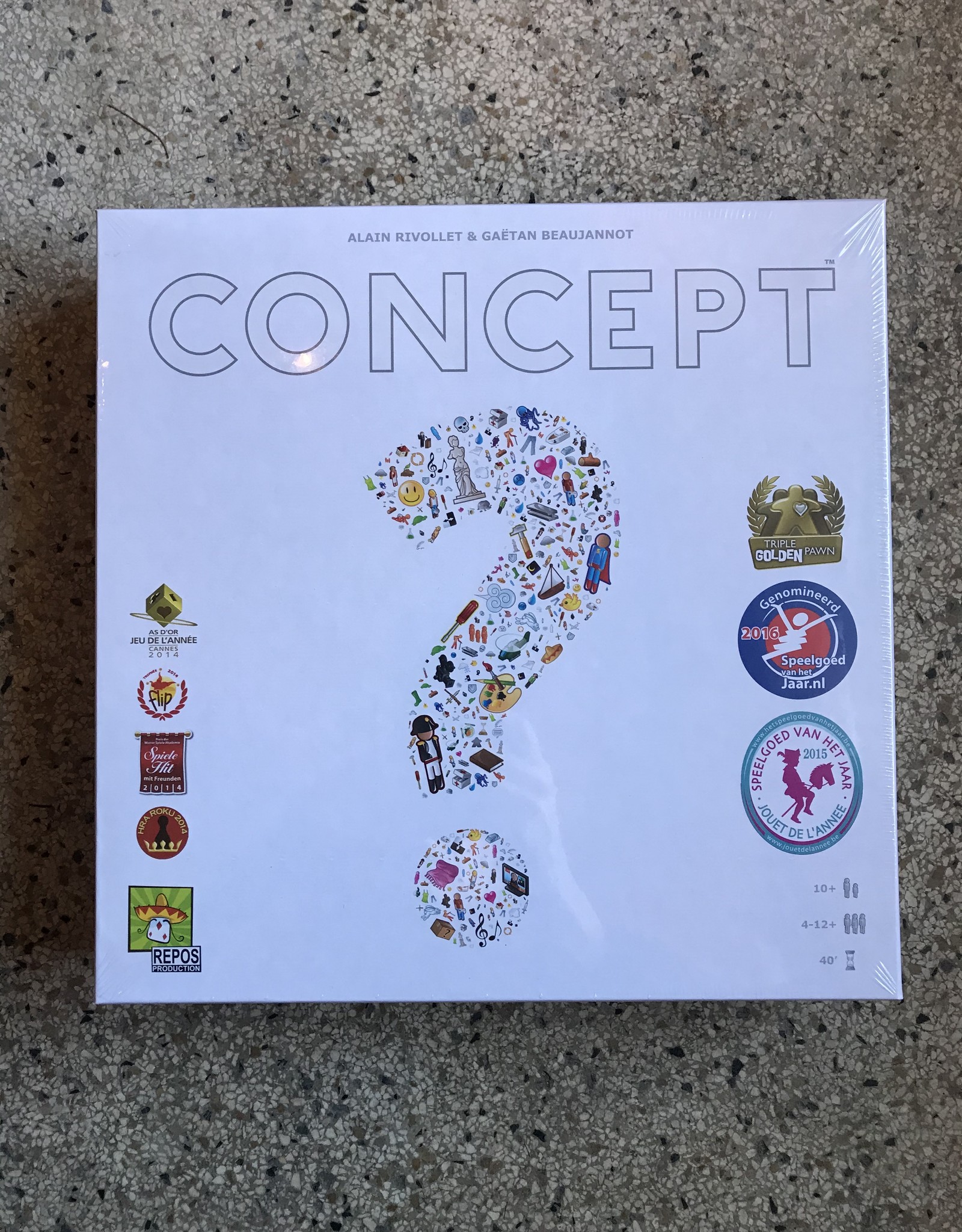 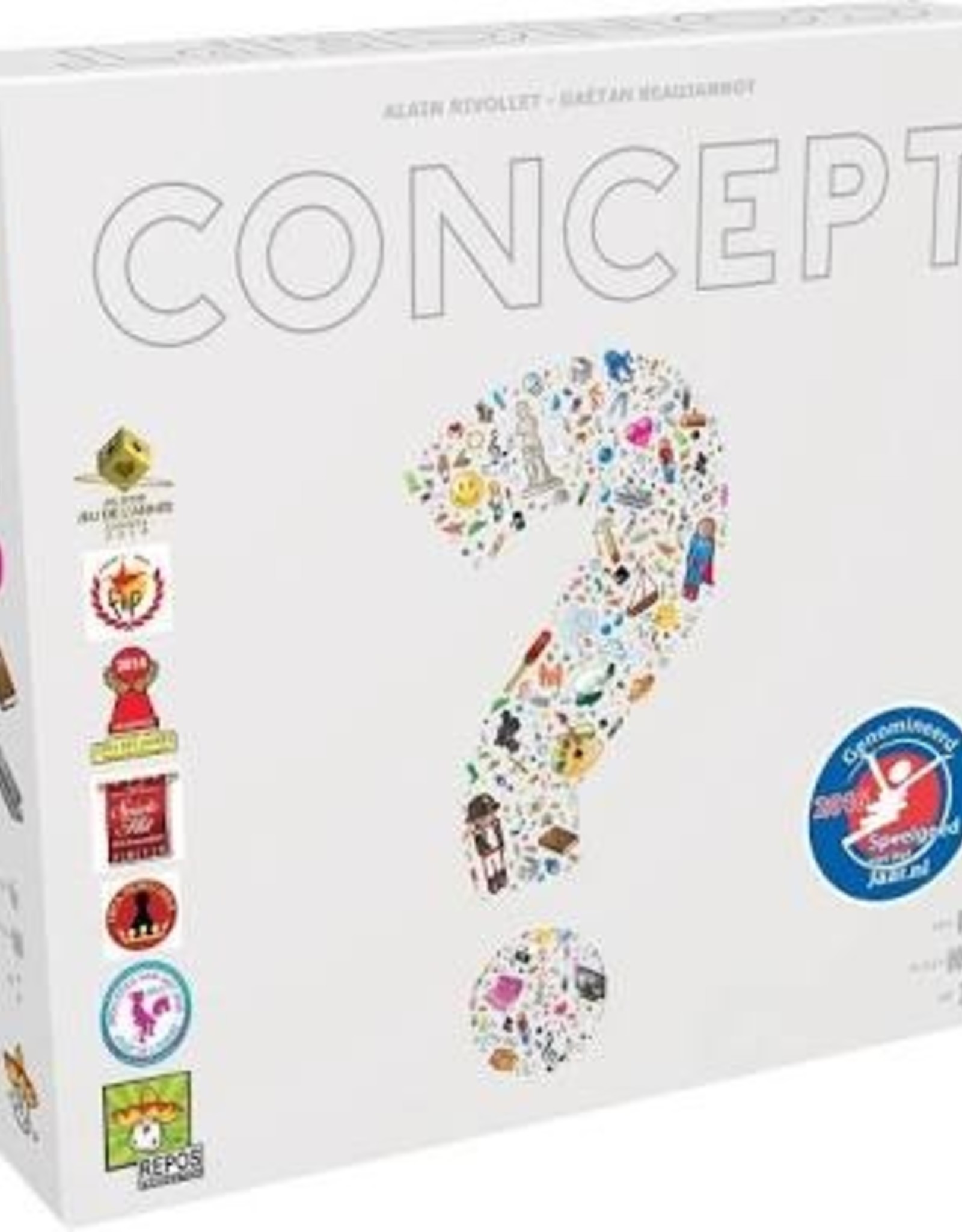 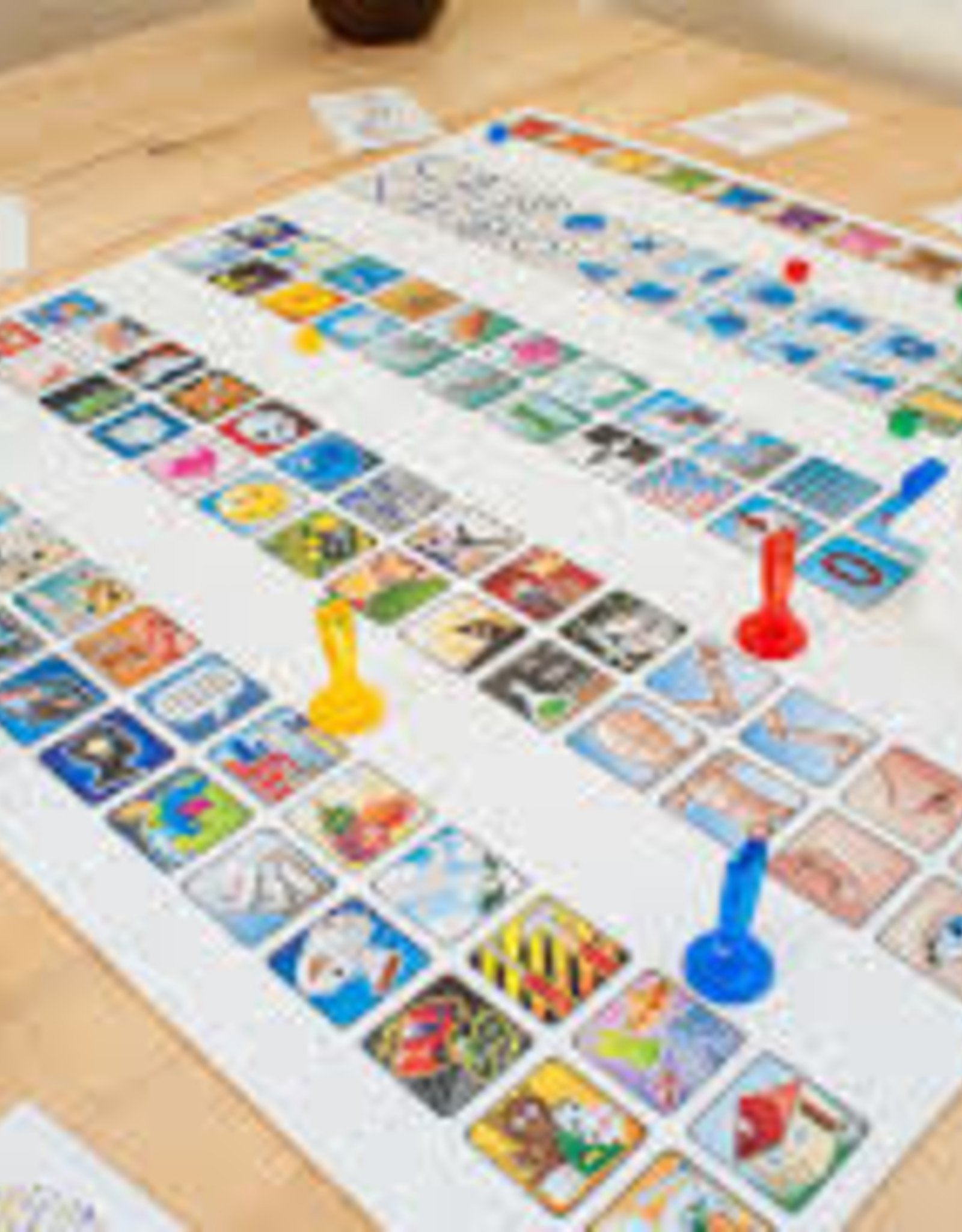 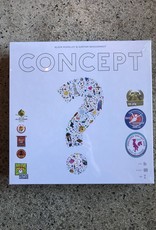 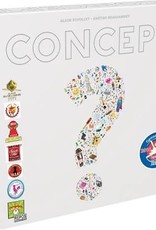 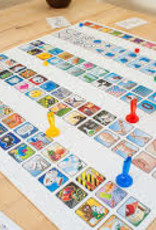 Concept is a quessing game where players have to guess a concept, such as a word, a name, or a phrase. The players who know the target concept provide hints by marking its attributes and attributes of related concepts on the game board with different-coloured markers, while other players guess. Giving verbal hints is not allowed.

The official rules state that the game is played with teams of two players each. On each team's turn, they draw a card and choose a concept from there. Each card has three difficulty levels (blue, red and black) with three concepts each.

The team then places a green question mark on the picture illustrating the main category of the concept. They can then further specify the concept with green cubes defining the attributes of the concept and optionally also specify related concepts with red, blue, yellow and black explamation point and accordingly coloured cubes.

The other teams then try to guess the concept. The player who guesses correctly gains one double VP (Victory Point) token while the team who chose the concept gain one single VP token each. The game then proceeds with the next team.

Once every double VP token has been used, the game ends. The player with the most VPs wins.

The game rules state that using teams is not mandatory, the game can also be played with each player playing against each other.

Add your review
0 stars based on 0 reviews